The 1960s-80s has been called the ‘Golden Era’ of African music, and Tanzanian music from that time period is fondly known as “Zilipendwa”, or “The Ones that Were Loved.” But today, it can be hard to hear those golden oldies, due to the fact that many of the recordings have not been preserved and the musicians have struggled to find a market as tastes have moved on to a more digital, auto-tuned sound. Sadly, the days of big bands with full horn sections, multiple guitars, and beautiful vocal harmonies four-men deep are seemingly coming to an end in Dar es Salaam, a city that used to host one of the most vibrant live music scenes on the continent. 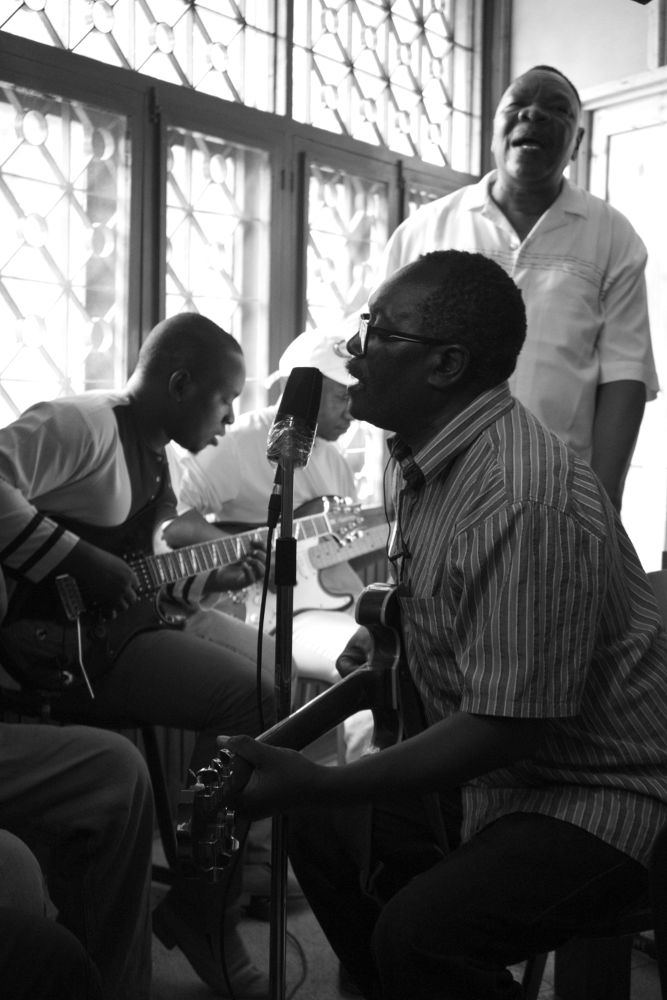 But what is being lost as this classic sound fades away? What history and memories are being forgotten? The Tanzania Heritage Project has helped bring together a new group of seasoned musicians who are determined to keep the retro style alive. They are called Wahenga —the Ancestors— and they want to make sure that the tradition doesn’t die.

The members of the group have played with some of Tanzania’s top bands over the past four decades, with groups such as DDC Mlimani Park Orchestra, Msondo Ngoma, Vijana Jazz, Tancut Almasi Band, and Urafiki Jazz. Although they have seen many of the great stars pass away, such as Remmy Ongala, Mbaraka Mwinshehe, and Ndala Kasheba, they continue on, playing the songs that helped shape the nation from the early days of Independence.

Not only that, Wahenga want to help ensure that the torch is passed to the next generation of musicians, who will take the music forward. Hence, Wahenga isn’t only elders — some of the members, like Chiku Keto, are young talents prominent in hip hop or other popular contemporary genres who are nevertheless eager to help build bridges between the ages. Some of Wahenga’s songs follow the classic Tanzanian rumba style, but feature rap solos. This group isn’t afraid of breaking the mold and defying expectations of what a “revival” band should be.

At a recent afternoon concert in Dar es Salaam, Wahenga played their first live show to a crowd of delighted listeners. People of all ages couldn’t help but smile and nod along when the band played melodies full of the wisdom and soul of a bygone era. When the guitar and horn solos heated up, nearly everyone found themselves dancing. One audience member exclaimed, “They are playing my favorite song! I haven’t heard this song in years, since it played on the radio when I was young. It really brings back so many memories. It just makes me feel so happy.”

In July 2015, Wahenga recorded a studio album and we are now searching for opportunities with various labels to release it. The UK-based non-profit SoundThread produced the album in collaboration with the Tanzania Heritage Project, hosted in the studio of Music Mayday.

“For years I have been thinking of putting together a group to represent the true Tanzanian sound and bring it to more audiences. Wahenga is part of that dream.” He laughs when he says, “They shouldn’t call it ‘Zilipendwa’ because that means ‘the ones that were loved’.Actually, we are still loved today!”

Read this article in PAA